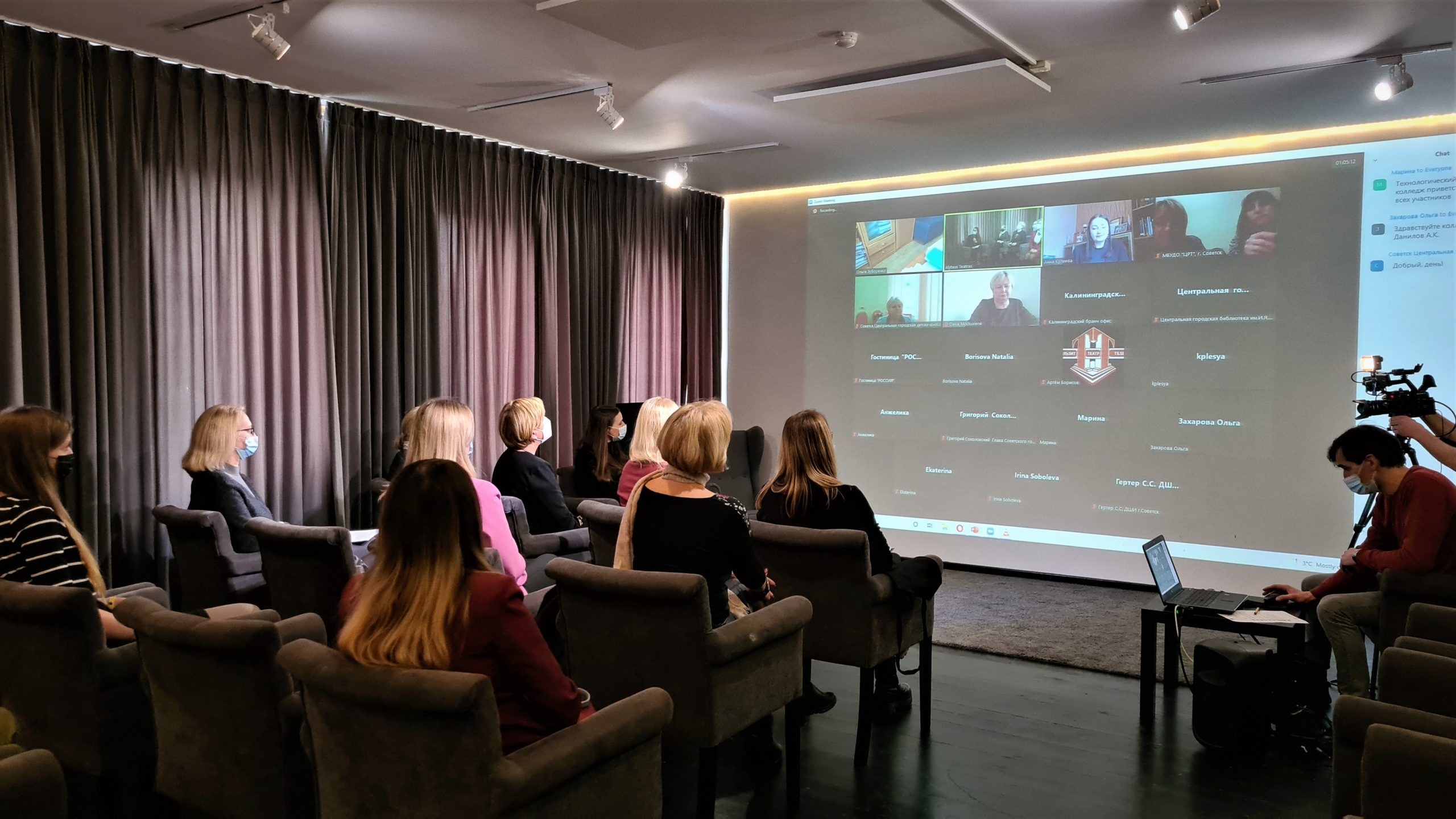 Days of Russian Culture took place in Alytus City Theater on February 1 – 3. Theatre visitors had the opportunity to visit an exhibition reflecting the friendship between the Sovetsk and Alytus regions that was born during the project, the joint creative works, performances and other activities of theatres from two different, distant and at the same time close cities. During Days of Russian Culture, an online press conference was held at Alytus City Theatre, during which the director of Alytus City Theatre Inesa Pilvelytė, theatre employees and representatives of the city’s cultural field met the director of Tilsit Theatre Anna Kulijeva and partners from Russia. Participants of press conference discussed the project results, welcomed joint initiatives, presented Russian Culture Days Activities in Alytus.

The days of Russian Culture ended with a Russian folk songs concert. Representatives of the local diaspora performed at the concert: the vocal ensemble “Tolerance” of the Alytus Informal Education Center (leader Nina Šutova), the ensemble of the Alytus Center for the Culture of National Minorities Riabynuška (leader Irina Babrauskienė) and the vocal studio of the Alytus Community Center Gluosnel Ilarionova). After the concert, the creative group of Tilsit Theater greeted the audience and invited them to watch a performance created by their troupe based on M. Bulgakov’s „Zoika’s Apartment“.

On February 10, Lithuanian Culture Days took place in Alytus City Theatre. During these days a round table conference was held, where Alytus City Municipality Department of Culture, Alytus – Lithuanian Capital of Culture 2022 program and cultural institutions were presented. During the meeting, theatre activities that were already implemented during the project also were presented – school of performing arts, exhibition, film, book, creative laboratory and two created performances.