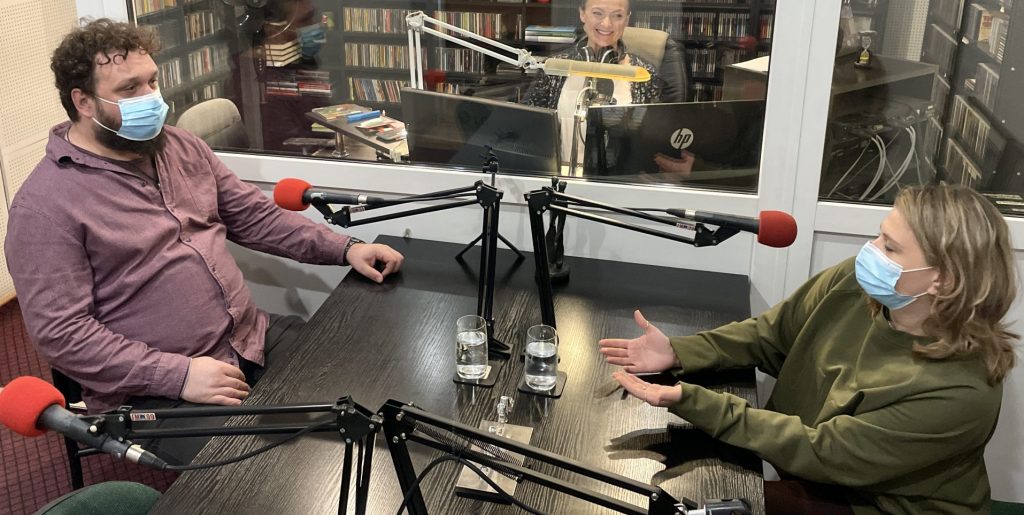 A new performance is being staged at Alytus City Theater – „Ivona, Princess of Burgundy“ by Witold Gombrowicz. It is directed by Istvan Szabo from Hungary .

The director arrived only 12 days ago with his car, because of pandemic it is difficult to fly. I. K. Szabo is an experienced director, who has worked in many theatres with many actors, but he does not compare theatres, they are all different and good in their own way. The play itself, according to the director, is about vanity and people, relationships. The play intertwines with comedy, tragedy and drama.

Actress E. Kordiukovaitė, who also plays in the performance, is not used to compare work with Lithuanian and foreign directors: You learn from everyone and you feel rich, and I am very happy that the theatre can invite guests from other countries. ”

For this performance will be created special and thematic music and costumes.  The creative team was chosen by the director himself: „It’s like an amity, I will work with people I already know, they are my friends and we know how we all work, we have known each other for 12 years and now we will try to communicate with the actors of Alytus City Theater as well.“ – says the director.

This performance will be shown very soon, in one month. The actors did their homework before the director arrived and got ready for this play. Not only the actors were preparing, but also. I K. Szabo himself: „For me personally, the preparation started a month ago, but the main work started when we met with actors“.

The pandemic affected all fields of life, including culture. “Last year, during this pandemic, I managed to create 4 productions. Two of them have premiered, two still have not, but I as a creator can’t change anything. It’s like a war, and when there are situations like these, people don’t think about culture, art, and it’s no surprise that there’s not much interest in it right now, but it’s important not to stop create. ” – assures the director.

The premiere of the performance is scheduled for April 30, if the quarantine restrictions would be already released!

Published on the portal fm99.lt.